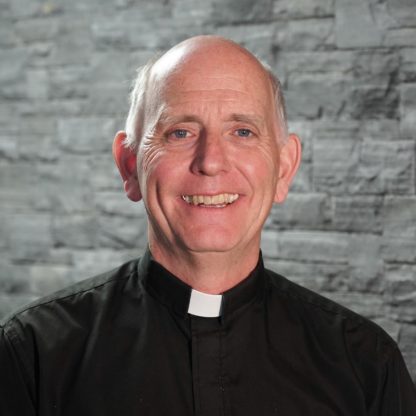 On July 18th 2012, at the age of 51, I was received into the Roman Catholic Church under the patronage of St. Thomas More. As a life-long Anglican, whose conversion to the Roman Catholic Church was predicated on realizing that our Lord Jesus Christ instituted the Papacy as recorded in Matthew 16, (that was an eye-opener, let me tell you), the courage of St. Thomas More, the great English Catholic, to truthfully and lovingly stand up to Henry VIII has been a real inspiration to me.

I was ordained a deacon by Bishop Henry on May 18, 2013, and a week later, on May 25th, I was ordained to the Holy Priesthood of Jesus Christ. What a privilege it is to be serving Jesus as one who is conformed to him sacramentally. Since my ordination, I have served as Parochial Vicar at St. John the Evangelist in Inglewood from May 2013 – January 2016. From February 2016 – July 2018 I found a true home at St. Peter’s and loved serving with Fr Jerome as Parochial Vicar.

When I was asked by Bishop McGrattan to assume responsibility for St. Peter’s as pastor, I was humbled and thankful. I have grown to love this parish family and serving as your shepherd is the culmination of a lifetime of pastoral work. It is particularly meaningful to be pastor of St. Peter’s, because of how realizing St. Peter as the first pope was seminal to my conversion. I am very aware of the providential care and guidance of Jesus in calling me to this office.

I am so thankful to be married to my beloved Peggy. We have shared in this journey into the Catholic Church together and both take delight in calling St. Peter’s home. We have two adult children, Thomas who lives with us and Elspeth, who lives and works in Toronto.

Central to the exercising of my priesthood are these words from our first pope. “I exhort the elders among you to tend the flock of God that is in your charge, exercising the oversight, not under compulsion but willingly, as God would have you do it —not for sordid gain but eagerly. Do not lord it over those in your charge, but be examples to the flock. And when the chief shepherd appears, you will win the crown of glory that never fades away.” (1 Peter 5:1-4)

I pray to be such an example so as to assist you, the Lord’s precious people, to win the crown of glory that never fades away.